Come and explore Incredible India with us !

Adventure Pilgrims Trekking Offers the customized trips to India like Taj Mahal Tour, Agra Tour, Sikkim Tour, Darjeeling Tour, and North India Tour. Please write us number of people in the group so we can offer you the customized trip to India.

India, one of the world's largest, oldest, continuous civilizations, a country that in its thousands of years of history has assimilated within its folds successive waves of foreigners many of whom came as conquerors but ended up being claimed by the land and becoming a part of their people.

Today, India is the country having world's largest democracy and although modern images of India often show poverty and lack of development that is only one side of a much larger picture. For instance, the other side of the poverty and underdevelopment are the vibrant movement of dissent and resistance against current developmental paradigms and imperialist globalization - movements that are diverse in terms of ideology, trajectory, and demands but united in their opposition to the Neoliberal agenda currently being imposed on the world.

India is a demographic marvel, with multiplicities in languages, religions, social organizations and other identities and idioms of cultural expression. There are obvious tensions within such a complex unity: tensions that could be creative or divisive depending on the dynamics of this unity. It is this complex process of unity that the movements in India want to take forward, and it is this that the forces of reaction seek to destroy.

It was under colonial rule that India first experienced de-industrialization. As with many other developing countries, industrialization in India was retarded. Traditional small-scale industry was dismantled. Unable to sustain itself in the face of British imports, supported by colonial policies, it remained uncompensated by the new enterprise.

Inpost-independence India, industrial development was sought to be initiated and accelerated by building a strong public sector. Unlike many East Asian countries, which used state intervention to build strong private sector industries, India opted for state control over key industries, which varied over time, to include chemicals, electric power, steel, transportation, life insurance, portions of the coal and textile industries, and banking. Imports were discouraged with high tariffs and quantitative import restrictions. The state also subsidized the nationalized firms, directed investment funds to them, and controlled both land use and many prices.

With industrialization there has been the substantial growth of the organized sector through the unorganized sector remains much larger in size. The trade unions have played an important role in addressing the concerns of the working people and have been in the forefront of the resistance to imperialist globalization right from its outset.

The 1980s saw a shift in policies beginning with import liberalization and World Bank and IMF loan Conditionalities. The formal acceptance of liberalization, privatization, and globalization (LPG) as state policy was in 1991 and since then India has seen a relatively rapid integration with the world economy with its well-known consequences for the working people.

Farmers' organizations and opposition movements consider the liberalization policies responsible for the current crisis in Indian agriculture. Liberalisation is dismantling the system of subsidies, price guarantees and food aid that much of the population has long benefited from.

In recent years, the fight against caste oppression has advanced with various Dalit formations advancing politically. However, even though the constitution provides various guarantees and provisions, the vast majority of Dalit continue to suffer inhuman social exclusions and exclusion from resources. Globalisation has intensified their exploitation as the sections hardest hit by forces of globalization -- artisans, rural poor, etc - are largely Dalit.

The women's movement  today is one of the more dynamic movements in the country. They have not only put the issue of gender discrimination on the country's agenda but have also shown innovation and created a broad unity of different types of movements.

The twin attacks of "Communalism" (or religious sectarianism) and predatory global capitalism are what India is contending with today. Earlier divisions are disappearing as different strands of Indian movements are coming together to unite against these attacks. The resistance movements bear different ideological hues - Gandhians, socialists, communists, different social movements, and various Dalit formations are coming together -- both at the electoral level and at the level of civil society -- to beat back this twin offensive. The recent vicious and genocidal attack in Gujarat against the Muslim minorities brought together various sections of civil society: mass movements, social movements, and NGOs to uphold secularism, in the face of a state-supported communal fascist offensive.

The World Social Forum, thus, promises to provide a major impetus to this emerging unity in India. At the same time, the diversity of its political and civil society cultures of resistance can add new dimensions to the current agenda of the World Social Forum. Thus, from the point of view of both the Indian and international movements, WSF2004 can lead to a cross fertilization of ideas not only in geographical terms but also in terms of the grammar of resistance. We, from India, therefore, look forward to WSF 2004 to provide inspiration both at the national and global level. 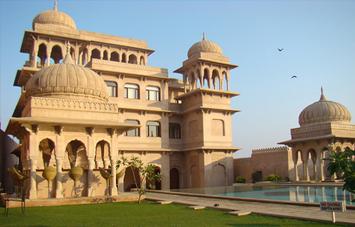 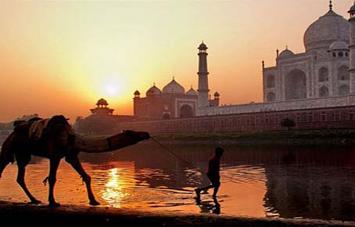 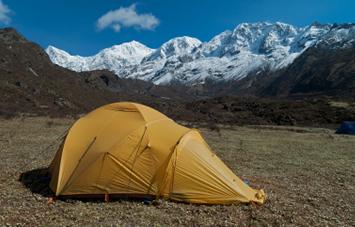