With a cultural history that is as intriguing as the landscape, Mustang has piqued the curiosity of many Himalayan adventurers, and only recently was it opened for limited visitation. Historically a vital trading route between Tibet and India, the trail into Mustang is lined with the fascinating remains of forts that served as tax collection out posts. Settlements in Mustang were fortified, a testament to its turbulent history. More recently, in the late 1950s and 60s, the area was a center for Khampas, Guerrilla's who were trained and armed by the US C.I.A. to resist the Chinese Army's occupation of Tibet.

There are records that outline events stretching back to the eighth century, and from the writings of the Tibetan poet Milarepait is known that the unique form of Buddhism called Sakyapa has been practiced here since 1073. This form of Buddhism lacks the more familiar metaphysical aspect; it is more worldly and practical, perhaps in response to the unforgiving environmental pressures in this area.

Throughout recent decades, the Nepalese Government had maintained total restriction on visitation to this area. The democratic change of government of 1990 and the increasing international pressures for a more open Nepal have coincided to remove these restrictions. Since 1992, limited visitation has been allowed, providing the trekking party meets strict environmental requirements and pays a substantial amount for the entry permit. These conditions limit the number of visitors, minimize their impact, and generate revenues needed for future conservation efforts in this region.

The trekking route stays mostly on the valley floor, though it may traverse the ridge during the occasional rainy period, which raises the level of the river. The horses provide uphill assistance, but must be dismounted for descending. Without substantially high passes (nothing over 5.000 meters) this is not too physically demanding as a trek, and it has the added advantage of a very long season, due to the lack of monsoon rains or high pass crossings.

Mustang's capital "City" is Lo Manthang, a magical place imbibed with centuries of rugged history. Set on a broad plateau, the town deserves its name, which translates from Tibetan as "plain of inspiration". The Raja, or King, lives in his palace in the center, while the four major temples form the corners of town. Lo Manthang and the surrounding area are usually savored for a day or two before heading back down toward Jomsom.

Govinda Panta, the owner of Adventure Pilgrims Trekking ,has gone trekking in 1992 with first group from Germany with Houser excursion.

Now,either you can take a jeep drive to upper mustang or trekking there with expert company guide with wilder path. 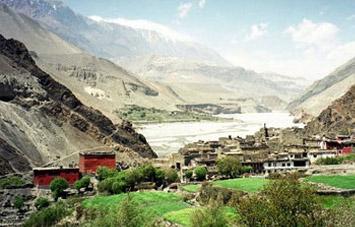 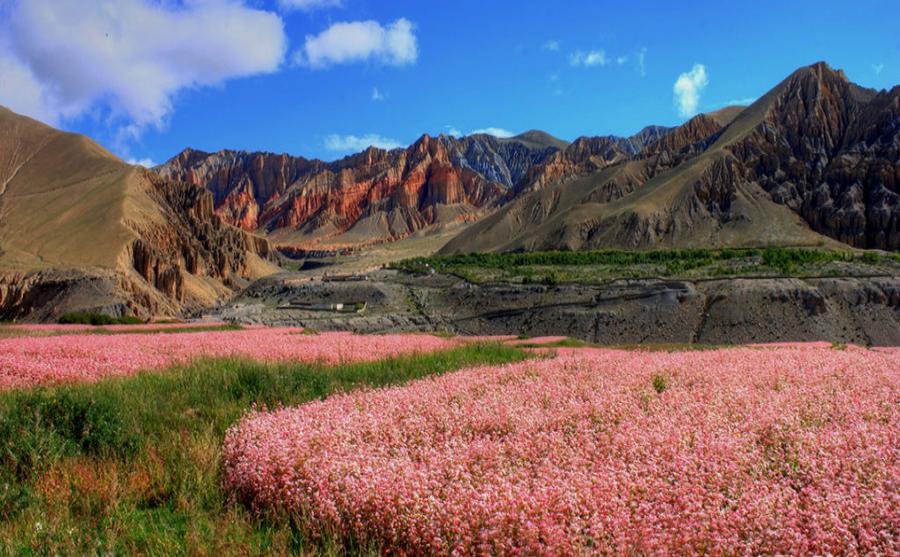