Nepal is not only the land of mountains. it is also the land of festivals. There are more than 50 festivals celebrated in Nepal every year. While the national festivals have fixed dates, religious festivals are set by astrologers following the lunar calendar. The best part about the Festivals in Nepal is that all the events are celebrated with the same enthusiasm and galore the way it used to be hundreds of years ago when people had no other means of entertainment.

New Year :
It is known as “Navavarsha” in Nepal. Nepal has its official calendar that begins from the first day of the first month Baisakh. This very first day is observed as Nepali New Year which usually falls in the second week of April. People go for picnics, have to Get Together and celebrated the day socializing in various ways as this day is also a national holiday.

This is the New Year of the Tibetans and Sherpas of Nepal which falls in February. The Buddhist monasteries in Kathmandu like Boudhanath and Swayambhunath are decorated with eye-catching colorful prayer flags pulling the crowd. The people perform their traditional dances and welcome their New Year with feasts and family gatherings wearing all the new clothes and finest jewelry and exchanging gifts.

Saraswati Puja or Shree Panchami is a day to celebrate the birthday of Saraswati – the Goddess of Learning. This is a day when people from school students to scholars worship their pens and books to please the Goddess and expect her favor in their studies so they become wise and knowledgeable. People also throng around the idol of Goddess Saraswati, especially in Swayambhunath and offer flowers, sweets, fruits, etc. On this day, small children are taught to read and write and people write on the stones and slabs with chalks and pencils. This day which falls between January/February is regarded as a very auspicious day for marriages too as it is believed that Goddess Saraswati herself blesses the couples. Normally it is the astrologers who fix the marriage date and time in Nepal.

Shivaratri or the night of Lord Shiva that falls sometime between February/March is one of the major festivals of Nepal. This day is dedicated to the Lord of the Lords – Lord Shiva or Mahadev who lived in Mt. Kailash in the Himalayas. Lord Shiva is the most worshipped God in the Hindu religion. More than 100,000 of Hindu devotees from India and Southeast Asia throng weeks ahead of the festival and gather in and around Pashupatinath temple – one of the holiest shrines of the Hindus in Kathmandu to pay their homage to Lord Shiva on his birthday. “Pashupatinath” literally means “the Lord of animals” as Lord Shiva is considered as the guardian and protector of everything that exists in the Himalayan Kingdom. On this holy day, worshippers take dip and bath in the holy river at early dawn and fast for the whole day and stay around fire to keep them warm as it is still winter in Nepal. The devotees also freely indulge in using marijuana and other intoxicating substances as these things are believed to please Lord Shiva and marijuana use is legal only on this sacred day.

This festival of water and colors that falls between February/March is also known as “Phagu” in Nepal. This day is observed to rejoice the extermination of female demon Holika who together with her King brother conspired to kill his son Pralhad, an ardent devotee of Lord Vishnu. This day, playful people especially the young ones wander through the streets in groups on foot or vehicles with various colors smeared all over them and the people in houses make merry throwing colors and water balloons at each other and also to these people on the streets.

Ghode Jatra (Festivals of Horses) :
This festival takes place between March/April and a grand horse parade takes place at Tundikhel. Although this festival does not have much of religious aspects, a large number of people, even from outside Kathmandu flock around Kathmandu to witness the horse race and other exciting sports activities performed by the Army in the presence of the King and the Royal family.

Buddha Jayanti :
Buddha’s birth anniversary is celebrated every year during May in Nepal. On this day people swarm in Swayambhunath and Boudhanath to pay homage to Lord Buddha and also visit Buddha’s birthplace in Lumbini and chant prayers and burn butter lamps. Lord Buddha was born as Prince Siddhartha Gautam but he abandoned his luxurious life when he realized the misery of mankind and went in search of enlightenment.

Gai Jatra (Cow Festival) :
This festival of the cow is celebrated every year in August/September. This is one of the most popular festivals in Nepal as it is full of humor, satire, comedy, mockery, and shades of sadness too at the same time. And on this day satires and jokes on anybody is legal. As per the tradition, the family who has lost a relative during the past one year must take part in a procession by sending young boys in cow-like attire and walk through the streets of Kathmandu lead by a cow. The cow is regarded as a Goddess and it is also the national animal of Nepal. This festival also purges many who have lost their loved ones as they get to console themselves as to they are not the only ones who have been bereaved and it also teaches to accept death as a part of life.

Krishna Janmashtami :
KThe birth anniversary of Lord Sri Krishna, believed to be the 8th incarnation of Lord Vishnu falls sometime in August/September. All the devotees assemble in Krishna Mandir, the ancient Krishna Temple in Patan Durbar Square and other temples with the idol of Sri Krishna and offer prayers, flowers, food, sweets and chant hymns too.

This festival named after Lord Indra- the God of Rain and also the King of Heaven is celebrated by both the Buddhists and Hindus in Nepal in August/September. This festival lasts for eight days with singing, mask dancing, and rejoicing. The chariot of Kumari – the Living Goddess is taken through the main streets of Kathmandu with much fanfare. On the first day, the King of Nepal also pays homage to Goddess Kumari. The crowd of excited people from performers to spectators engulfs the streets of Kathmandu during this festival. People get to enjoy various classical dances like elephant dance, lLakhe – a very popular dance of a man with a mask.

Dashain (Bijaya Dashami) :
During the month of Kartik (late September and early October), the Nepalese people indulge in the biggest festival of the year, Dashain. Dashain is the longest and the most auspicious festival in the Nepalese annual calendar, celebrated by Nepalese of all caste and creed throughout the country. The fifteen days of celebration occurs during the bright lunar fortnight ending on the day of the full moon. Throughout the kingdom of Nepal, the goddess Durga in all her manifestations are worshiped with innumerable Puja, abundant offerings and thousands of animal sacrifices for the ritual holy bathing, thus drenching the goddess for days in blood. Read more about Dashain festival

Tihar :
This festival of lights that falls between October/November is the second biggest festival after Dashain. This festival lasts for five days and people worship Laxmi – the Goddess of Wealth. All the houses are cleaned and decorated with the belief that Goddess Laxmi will enter the house that is the cleanest and people lit candles, oil lamps and other lights and the whole place looks illuminating. During the five days, crows, dogs, and cows are worshipped and honored with vermilion, garland and delicious food for what they have done in the lives of humans. Crows are regarded as the messenger that brought news even during the times when there were no postmen and no postal services.

Dogs are the most obedient animals and they guard our house as true guardians. The cow is also a symbol of wealth in Hinduism and she is also the national animal of Nepal. During Tihar, the Newari community in Nepal also observes Mha Puja – a ritual of worshipping one’s own body and life. On this very day, the Newari New Year which is also known as Nepal Sambat begins. The festival ends with Bhai Tika – brothers’ day when his sisters worship him for his long and healthy life to safeguard the lives of his sisters. This is also a gambling time in Nepal as gambling is not illegal during this festival. 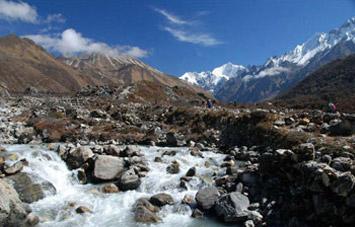 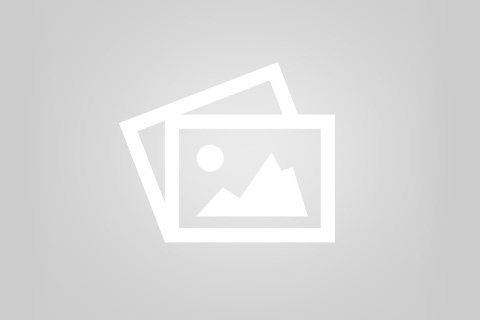 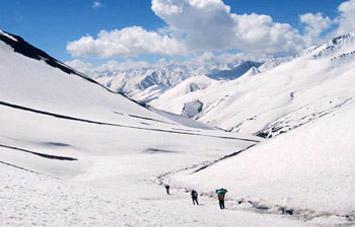