2.6 Million People in Nepal. Like the geography, the population of Nepal extremely diverse and highly complex. Simplistically, Nepal is the meeting point for the Indo-Aryan people of Indian with the Tibeto-Burman of the Himalaya, but this gives little hint of the dynamic ethnic mosaic that has developed and continues to change to this day. In a south-north direction, as you move from the plains to the mountains, the ethnic map can be roughly divided into layers: the Terai, the midlands or Pahad zone, and the Himalaya. Each zone is dominated by characteristic ethnic groups whose agriculture and lifestyles are adapted to suit the physical constraints of their environment. In the Himalayan zone, the people are Monologian of Tibetan descent. They are know as Bhote in Nepali. In the east of the midlands zone, one find Kirati people known as Rai, Limbu groups. They speak Tibeto-Burman Language. In the Terai zone, after the eradication of malaria in the 1950s the only people to live in the valley were Tharus of Hindu overtones.

Anthropologists divide the people of Nepal into about 90 ethnic groups or castes with their own culture and traditions. Everyone is proud of their heritage. Many people use the name of their ethnic group, caste or clan as their surname. The caste system has many occupational castes such as Brahmins (Hindu Priests), Chhetris (farmers in the hills and soldiers), Newars (the original inhabitants of Kathmandu Valley), Thakalis, Gurungs, Rais, Limbus, Tamangs, Magars, Potters, butchers, blacksmiths, cobblers, goldsmiths, clothes washers, etc.

Brahmin
The Brahmins (Bahuns in Nepali) are the traditional Hindu priest castes and speak Nepali as their first language. They are conscious of the concept of Jutho, or ritual pollution at their home and food. Always ask permission before entering a Brahmin's house and never enter a their kitchen. Brahmins traditionally do not drink alcohol.

Chhetri
The other major Hindu Caste is Chhetri. In villages they are farmers, but they are also known for being outstanding soldiers. This clan includes the ruling family of Nepal, the Shahs, Ranas and Thakuris. Thakuris are descendants of the Rajputs in India.

Newar
The original inhabitants of the Kathmandu Valley are the Newars. To this day also they remain concentrated in the valley in Kathmandu, Patan, Bhaktapur and Kirtipur. Newars have a rich cultural heritage with skilled artisans and most of the traditional arts of Nepal have been crafted by Newars. There are both Buddhist and Hindu Newars.

Tamang
Tamang literally means "horse soldier' and Tamang legend says that they migrated to Nepal at the time of Genghis Khan as cavalry troops. Tamangs are one of the most popular in the Hills. They speak a Tibeto-Burmese language and practice a form of Tibetan Buddhism as their religion. Most Tamangs are farmers. They also work as porters and the chances are the 'Sherpa' on your trek is more likely to be a Tamang than a Sherpa

Rai
Like the Tamangs and Sherpas, Rais speak a Tibeto-Burmese language of their own. They practice an indigenous religion that is neither Buddhist nor Hindu, though it has more of an influence of Hinduism. Rais, along with Limbus, Magars and Gurungs are one of the ethnic groups which supply a large proportion of the recruits for the well known Gurkha regiments of the British and Indian armies.

Limbu
Most Limbu people live in the eastern side of Nepal. Their religion is a mixture of Buddhism and Shamanism.

Gurung
Gurungs often serve in the Nepalese army and the police as well as the Gurkha regiments of both the British and Indian armies. They are Mongoloid in feature and their dance performance are particularly exotic.

Magar
Traditionally, Magars are farmers and stonemasons but they also serve as soldiers in Gurkha regiments and in the Nepalese army. Magars can either be Hindu or Buddhist.

Thakali
The Thakalis are originally from Kali Gandaki (Thak Khola) region but they have migrated wherever business opportunities have led. They are excellent in business and running hotels. They have a mixed religion of Buddhism, Hinduism and ancient shamanistic and animistic cult.

Sherpa
One of Nepal's most famous ethnic groups are the Sherpas, even though they form only a tiny part of the total population. Sherpas first came into prominence when the 1921 Mt. Everest reconnaissance team hired them. Though the most famous Sherpa settlement are near Everest region, they are found throughout the eastern part of Nepal.

Manangi
Manangi's reside in the northern part of Annapurna called Manang. They are closely related to Tibetans. They had been given special trading privileges by the government and thus Manangi's are mostly found to be doing business these days, importing goods from Hong Kong, Bangkok and Singapore.

Tharu
The largest and most probably the oldest group in the Terai region are the Tharus. They are mostly farmers. They have their own tribal religion based on Hinduism. 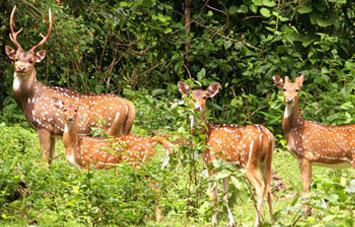 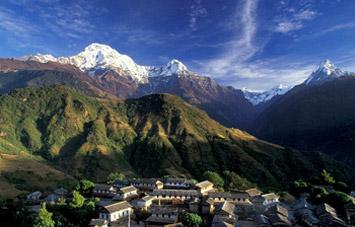 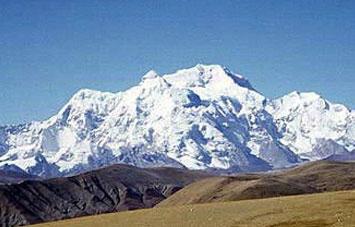